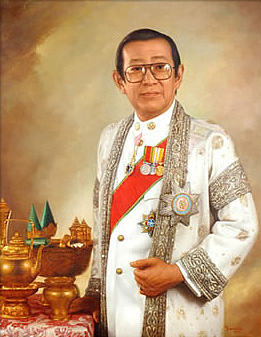 The Gastroenterological Association of Thailand (GAT) was founded by Professor Vikit Viranuvatti on 19 July 1960. With the starting pioneer members of 34, the Association has grown continuously and become one of the prestigious professional association in Thailand and has been well recognized among the global GI societies.

Our Association now has grown with almost 900 active members including gastroenterologists, internists, surgeons, pediatricians, scientists and general practitioners. The GAT provides comprehensive gastroenterological training and funding opportunities for gastrointestinal health and research, and has put emphasis in advance and improving the standard and quality of GI healthcare in Thailand.

The GAT fellowship training program is a highly structured and organized which comprises of at least 10 training centers distributed all over the country. We accept at least 20 trainees each year. The GAT also provides excellent educational programs at least twice a year at our semi- annual and annual scientific meeting with over 350 participants and many other stand-alone conferences. Moreover, GAT has branched out to partner societies including the Thai Association of Gastrointestinal Endoscopy, the Liver Society (Thailand) and Thai Neurogastroenterology and Motility Society who have all hosted many international meetings in gastroenterology and hepatology

Here are some of our major International conferences previously held in Thailand.

The Gastroenterological Association of Thailand